I recently visited the Eternal City for a month with one mission in mind: find the best gelato in Rome. I’m happy to report that the 400,000 calories I consumed were not in vain, because I feel victorious.

I have an insatiable sweet-tooth which enabled me to wrap every single day with a stop at a gelato shop in Rome. As such, I tried about 25 different places during my stay (some shops deserved way more than one visit!). And today I’d like to roundup the absolute best gelato in Rome for anyone planning to visit! Hope you enjoy.

So, what’s the difference between ice cream and gelato anyways?

I like to think of ice cream and gelato like cousins. They’re so similar, some argue that gelato is simply the Italian version of ice cream, but there’s definitely a distinction between the two. When you taste gelato in Rome for the first time, it will taste way different than the ice cream you grew up with.

Let’s start with the similarities: both treats have the same ingredients — dairy, sugar and air. The difference is in the proportions (for example, gelato has less cream than ice cream) but the biggest key player is the air (which essentially comes down to how quickly the mixture is churned).

Ice cream is churned quickly (which folds in a ton of air), while gelato is churned slowly (which creates a creamier and denser consistency that results in richer flavor.

Let’s kick off this list of the best gelato in Rome with my personal favorite, the iconic Giolitti. Serving Romans and visitors since 1900 (not a typo!), Giolitti is one of the oldest gelato shops in Rome. This charming place is practically always busy, but not without reason.

The unbelievable flavors and generous portions draw folks from all corners of Rome — this velvety gelato is definitely worth a detour.

The ordering system may seem confusing at first, but it’s efficient. You’ll need to pay for your order first and then bring your receipt to the folks that yield the scooper. Choose the size you fancy (the small cup/cone allows you to choose two flavors, larger sizes let you choose more), and follow the queue to the tantalizing gelato display.

During my first visit to Giolitti I ordered pistachio and yogurt and could not get over the taste. It was, by far, the best gelato I’ve had in my life (a title previously held by a place in Venice). My husband went with tart flavors and landed on passion-fruit and raspberry, which he loved immensely.

Worth mentioning again — the fact that you’ll find locals standing in long lines to get their hands on a cone, tells you this is indeed some of the best gelato in Rome.

Seeing the chef cut (real) fruits before adding them to a mixer that churns out the end product is something else. It truly doesn’t get fresher than this! I visited Gelateria del Teatro a handful of times while visiting Rome because they have a great selection of flavors (kiwi and peach were great!).

To that end, if you find yourself exploring the charming city center of Rome, definitely make a detour to this spot for some unforgettable Roman gelato.

When is comes to gelato in Rome, Come il Latte is in a class all its own. It’s clear that they take the art of gelato-making very seriously, and you can definitely taste the difference.

All of their flavors are made daily (yes, daily) using natural ingredients exclusively, which means you won’t find preservatives, colors additives or artificial flavors. Don’t expect to find unique flavors two days in the row though, because they change daily depending on availability of ingredients.

My only regret with Come il Latte was discovering this epic gelato shop in Rome too late in the trip. Had I found it during my first week, I definitely would have gone at least twice a week.

We discovered Neve di Latte in the most peculiar way! We ran into the Apple store for some headphones and got to chatting with the two sweet gals helping us. They asked about our trip and we mentioned we were on the hunt for the best gelato in Rome.

They instantly perked up and said we had to go to one place, and one place only: Neve di Latte. Listen, when a local tells you to run to a gelato shop, you oblige.

Located in the Prati neighborhood, Neve di Latte is completely worth the (scenic walk) from the historic center. The gelato is made using all natural seasonal ingredients that really shine through in the velvety finished product. I couldn’t get over the flavor of the chocolate gelato (of all things!) and had to be restrained from entering for seconds.

Il Gelato di San Crispino was the Roman gelato shop that surprised me most during my visit. I swung by shortly after checking out the breathtaking Trevi Fountain to fix my craving for sweets. The gelato shop was empty when I arrived, but I was intrigued by the way the gelato was stored in airtight containers.

I ordered the peach and yogurt, not expecting the imminent joy that would ensue. I was in heaven, the flavors were perfect (not overly sweet and abundantly flavorful). Within a spoonful, this rose to the top of my list of the best gelato in Rome.

I found Frigidarium while roaming the neighborhood I was staying in. Well, little did I know that I was a mere 5-minute walk from some of the best gelato in Rome!

And listen, that’s dangerous business because there was no way to stay away from this spot. Thankfully, Frigidarium changes up the flavors quite often. All of the flavors were great, no doubt, but my favorite ended up being the bergamont. It was the first time I saw the flavor at any of the gelato shops in Rome, which was a pity because it was exceptional.

Also worth mention: You can get your gelato dipped in chocolate (milk or white) or get it topped with whip cream free of charge!

Friendly tip: Try to visit the gelato shop in Rome during off hours. I once visited after dinner and found myself in line for 30-minutes to get a scoop. Definitely try to visit before dinner for the shortest wait, but even with a wait, this Rome gelato shop is worth it!

One of my friends recently visited Rome and raved about Otaleg, claiming it was the best all natural gelato in Rome. Fighting words, I know, so of course I had to give them a try. Well, you have to give credit where credit is due and Otaleg deserves the hype.

Otaleg (gelato spelled backwards) is a small gelato shop in Rome’s Trastevere neighborhood serving tantalizing scoops of perfected gelato. The flavors keep locals (and visitors) coming back like clockwork and the small portions ensure you don’t feel too bad about the treat.

Much like Otaleg, Fior di Luna came highly recommended by locals. Intrigued, my husband and I swung by during an evening stroll to see what all the fuss was about. Serving a well curated selection of flavors, this gelato shop in Rome is great for those that love tart flavors.

Honestly speaking, I found the sweet flavors (think chocolate, hazelnut, pistachio, etc.) to be slightly underwhelming. The flavors were almost a bit too sweet for my liking. However, all was forgiven when I sunk my teeth into the tart yogurt flavor, which was one of the better ones I had.

All told, I consider Fior di Luna the best gelato in Rome for those that love tart flavors.

I swung by Vatican City a handful of times during my stay in Rome. Some would obviously assume that St. Peter’s Basilica was the biggest draw. And while the basilica most definitely played a role, I was most visiting for Gelateria dei Gracchi, which serves some of the best gelato in Rome.

There’s no place to sit down in this traditional gelato shop, so you’ll need to grab your refreshing treat to go. A line is practically guaranteed, but it moves quickly and the gelato is well worth the wait.

If you’re on the hunt for creative flavors of gelato in Rome, make a beeline for FataMorgana. This gelato shop boasts nine locations throughout Rome, which only speaks to the great success they’ve earned.

Uncompromising in their pursuit to create high quality gelato, FataMorgana uses only the finest all natural ingredients that let the flavors shine through. Flavors change often (depending on season and ingredients), but I highly recommend ordering one of the unique combinations, rather than a traditional flavor you can get anywhere else.

During my visit to this beloved gelato shop in Rome, I ordered the basil with walnuts and promptly came back for seconds the next day. The flavor was sublime, and such a nice change of pace from the pistachio I’ve been devouring on the daily.

Günther Gelato opened in 2012 near Campo de’ Fiori and became an instant success (going on to open two more gelato shops in Rome). They’ve won over the hearts of Romans thanks to their strict adherence to quality seasonal and local ingredients.

I passed Günther Gelato a handful of times before finally popping in on my way home. The sweet smells were finally too hard to resist. I ordered the walnut flavor (which hit the spot) and an unusual flavor that surprisingly impressed me: pine! Like, actual pine trees (they used a twig of pine as garnishment).

My mother in law ordered the strawberry flavor and couldn’t get over how real it tasted. She kept saying it tasted just like a strawberry daiquiri. Needless to say, this is some of the best gelato in Rome and I’m so glad we swung by!

We can’t talk about the best gelato in Rome without mentioning the oldest gelato shop in Rome. Fassi has been in operation since 1880, which means they’ve been serving traditional gelato for more than 140 years!

Located in the Esquilino neighborhood, this large gelato shop invites visitors to sit down for a while rather than hurrying off with a melting cone in hand.

Short on time? These are the top 5 gelato shops in Rome you can’t afford to miss. 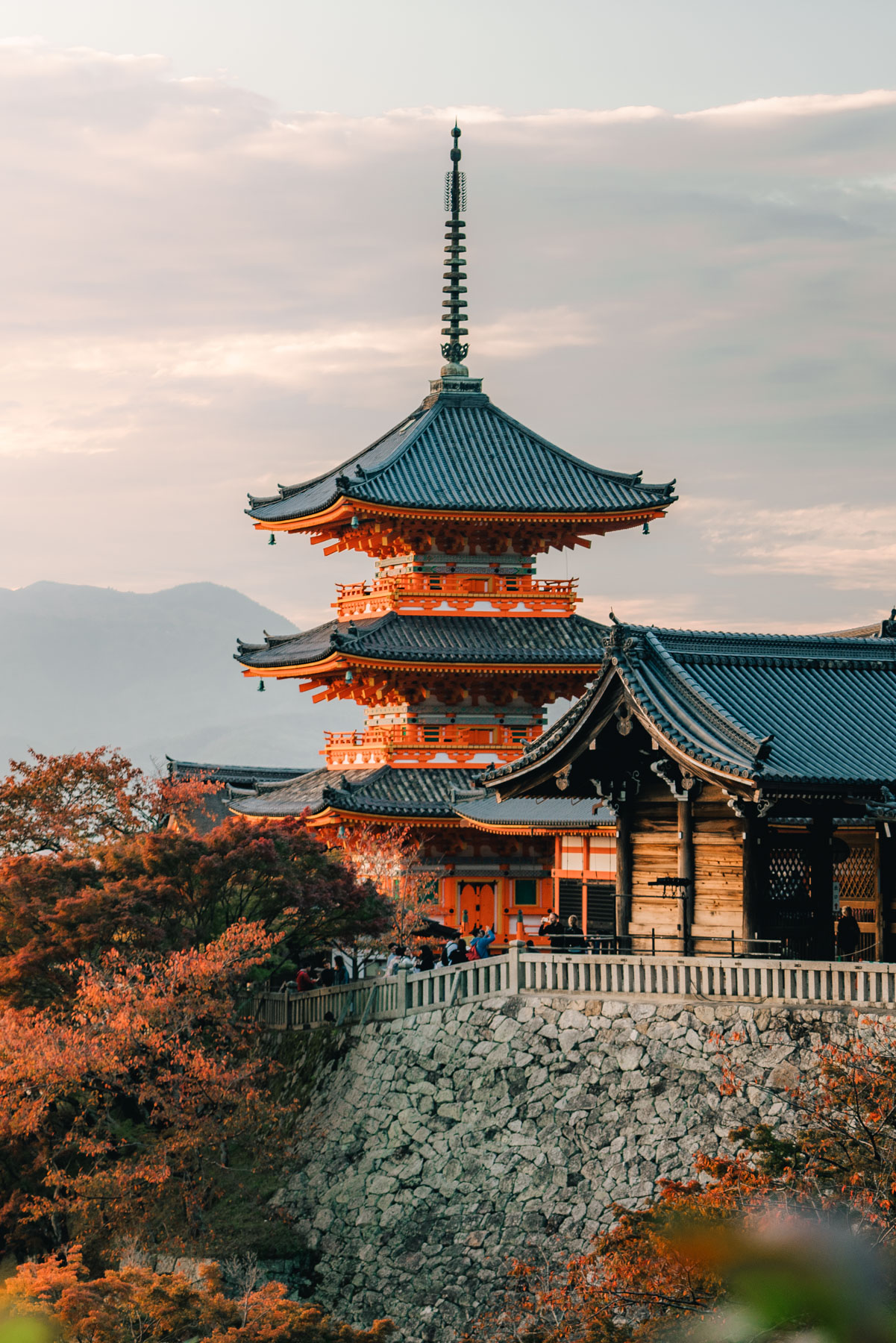