As someone that hails from the other Portland (Oregon), I have a strange fascination with our namesake. I find myself drawn to Portland, Maine and can’t resist a visit whenever I’m withing 200 miles of Maine.

The truth is, there’s so many great things to do in Portland, Maine that I always return without lack of enthusiasm. You can easily be entertained for days because this city has everything covered.

From a notable food scene and great brews to live music, art and historic streets.

But look at me already getting ahead of myself. Without further ado, allow me to share my personal list of the best things to do in Portland, Maine.

Visit Portland, Maine (by the season)

Admittedly the summer season is flooded with tourists, but the temperatures are reasonable (seldom exceeding 80°) and the sea breeze is always a welcome reprieve.

Autumn brings its fair share of tourists as well, especially those leaf peeping in New England. But between the mild temperatures and lively buzz of the city, it’s hard to blame anyone for visiting Portland in the fall.

The Best Things to Do in Portland, Maine

#1. Have a meal at Eventide

I can guarantee that Eventide’s lobster roll will be the best you’ve had in your life. In fact, I consider this gem one of my top 5 deathbed meals, it’s that good.

Due to the restaurant’s undeniable popularity, some folks wonder if Eventide lives up to the hype and I am here to tell you that it does 100%. In fact, our first visit to Eventide occurred three years prior and I’ve been counting down the days until we returned.

When we planned our road trip through New England, revisiting Eventide was the number one thing on our list of things to do in Portland, Maine — which is why I always recommend visiting this incredible restaurant. Run, don’t walk, you’ll never be the same again.

One of the best things to do in Portland, Maine is to get acquainted with the rich history of this fishing town. The best way to do so? Take a stroll through Old Port.

True to its original purpose, the Old Port is easily walkable and as charming as can be. Park your car in a long term spot and spend an entire afternoon walking around and popping into the plethora of little shops.

Something most folks don’t realize about Portland is that it has more breweries per capita than any other city in America.

My favorite brewery is Allagash because their seasonal pumpkin beer was the impetus for our return back to the city. We never miss an opportunity to swing by Allagash during a visit to Portland because it’s hard to think of a better way to spend an afternoon.

Sitting pretty at the edge of Fort Williams Park, the Portland Head Light is the oldest lighthouse in Maine and one of the oldest in America.

It was built in 1791 and is operational to this day. Visitors can tour a museum in the (former) Keeper Quarters to learn about the history of this iconic lighthouse. The museum is open daily in the summer and only weekends during the off-season.

If you’d like to stretch your legs then I suggest hiking along the coast or enjoying a picnic nearby.

#5. Try a potato doughnut at The Holy Donut

At this point in the list of best things to do in Portland, Maine you might be asking yourself if this isn’t just a list on places to eat in Portland. Well, food is a large part of the traveling experience and I’m telling you – the food scene in Portland, Maine is incredible!

Anyways, back to the donuts.

I can assure you that the donuts from The Holy Donut are unlike anything you’ve ever had before. First, they’re made from Maine potatoes which gives them a satisfying and dense texture. Secondly, they’re so dang good.

We wouldn’t dream of visiting Portland without swinging by The Holy Donut and encourage you to do the same! Besides, you’re going to need energy for all the great things to do in Portland, Maine.

#6. Have lunch at The Honey Paw

We found Honey Paw while waiting for a table at Eventide. The two restaurants are right next to each other and we were intrigued by the long lines and happy faves at Honey Paw.

Observation duly noted, we decided to visit for lunch the next day and pinched ourselves for not trying it earlier.

Honey Paw is a fusion Asian restaurant that is guaranteed to impress the staunchest critic. We ordered the carpaccio as an appetizer, pad-se-ew and khao soi. All three dishes absolutely hit the spot and we’d drive out of the way for that pad-se-ew again.

Duckfat’s claim to fame comes down to one key ingredient, which you probably guessed by now: duck fat. They’re best known for fries fried in duck fat that has been drawing customers since they opened their doors in 2005.

Expect long lines during the lunch and dinner hours or arrive during off-hours to get the goods faster. The Belgian duck fat fries steal the show, although the sandwiches are worth writing home about too.

If you’re really hungry, I highly recommend the duck gravy and delectable paninis..

#8. Swing by the Standard Baking Co.

The consistently long lines at Standard Baking Co. tell you everything you need to know about this incredible bakery. The wait is well worth it because you will be privy to some of the best pastries in New England!

No trip to Portland is complete without a morning at Standard Baking Co, so arrive early to avoid the super long lines. I suggest showing up before 8am because they sell out fast!

Completed in 1860, the well preserved Victoria Mansion is considering one of the most important historic homes in America.

It was originally built as a summer home for a wealthy hotelier and his wife and is considered one the best examples of the Italian Villa style in the country.

Notably distinguishes for incredible architecture and the lavish interior — over 90% of the interior is original to the first home owners, including the wall paper and paintings — touring the Victoria Mansion is one of the absolute best things to do in Portland, Maine.

#10. Tour the Portland Museum of Art

Dating back to 1882, The Portland Museum of Art is Maine’s oldest and largest institution. Home to an impressive of European, Contemporary and American Art, this museum is a no-brainer when looking for interesting things to do in Portland, Maine.

You’ll find pieces by Monet and Cassatt, in addition to pieces by local artists.

What’s more, if you’re visiting Portland, Maine during First Friday, make time to experience the Portland Art Walk. The Art Walk is a city-wide event and tons of galleries participate. In fact, you may be surprised to see just how many art galleries Portland has!

You’ll also see more street performers than usual during the event, so I highly recommend planning a trip around it. The event does a great job of highlighting the artsy side of this charming town.

#11. Hop aboard with Portland Schooner Co.

I always recommend a tour with the Portland Schooner Co. for anyone that enjoys a good time on the water. This is also a great historic thing to do in Portland, Maine because all three schooners are listed on the National Register of Historic Places.

There’s no better way to take in the beautiful city skyline than by boat and the Portland Schooner Co. delivers. You can relax onboard while taking in the views and salty sea air. The schooners take you past the beautiful Casco Bay islands, which is always a delight.

My favorite speakeasy in Portland is Lincoln’s, a cash only speakeasy where all drinks are $5 per pop because Lincoln is on the bill.

Lacking an online presence, the only way to locate Lincoln’s is to get directions from someone in the know. Head down Market Street between Fore Street and Milk Street and look for a pair of red double doors.

You’ll need to head downstairs and then locate a bookcase. The bookcase is the entrance to the bar!

#13. Enjoy some of the best oysters in the country

We had oysters at a handful of restaurants while exploring Portland, Maine and left impressed each time. I think it’s hard to find a bad oyster in Portland so I suggest getting your fill whenever you see it on the menu.

In sum, here’s a quick list of the best things to do in Portland, Maine

Map of fun things to do in Portland, Maine 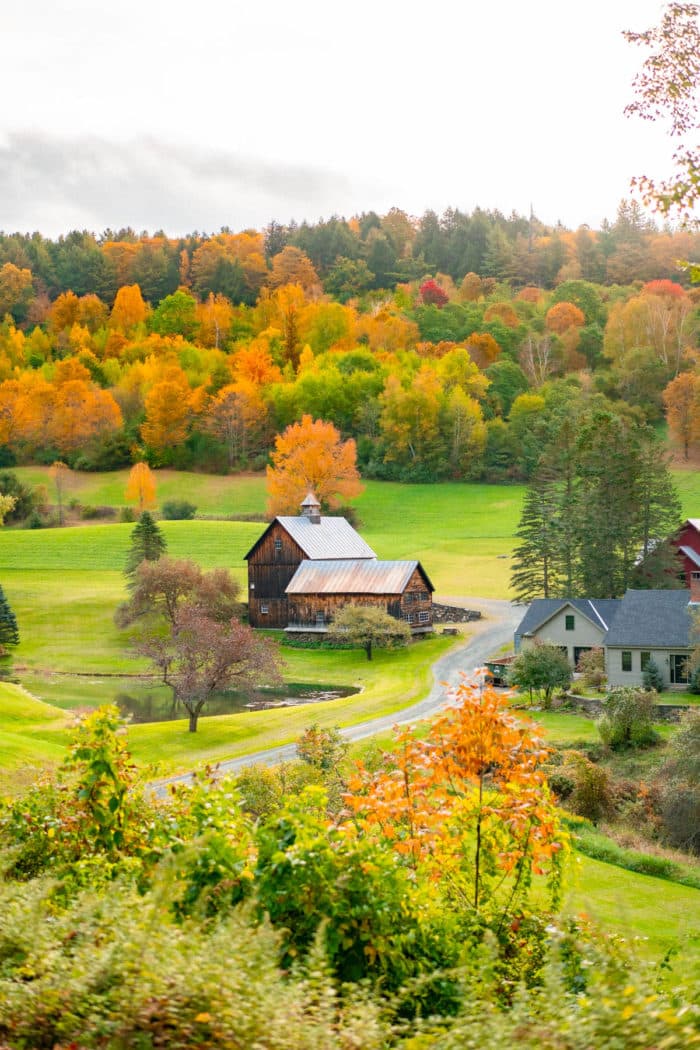 10+ Festive Things to Do in Vermont in the Fall 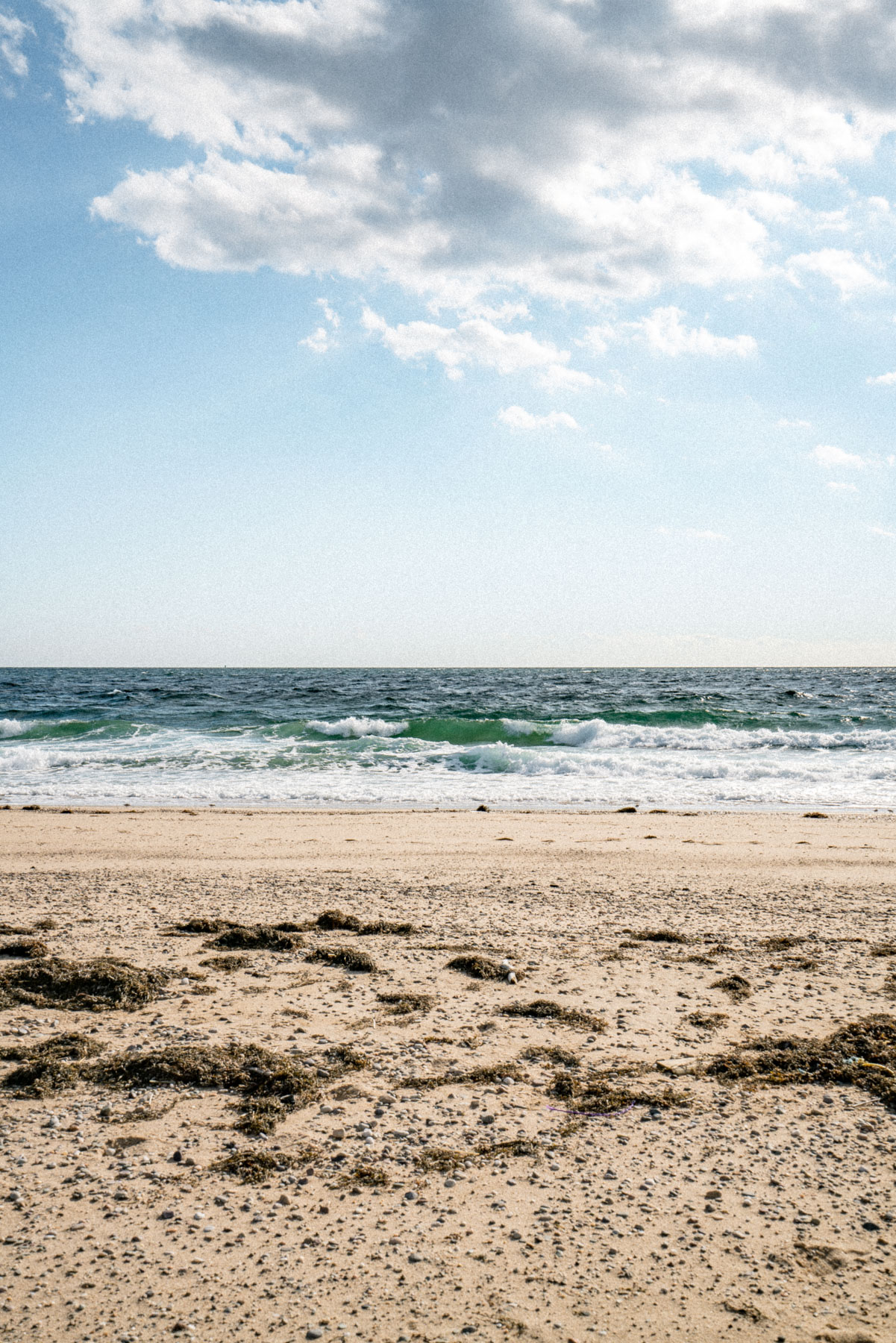 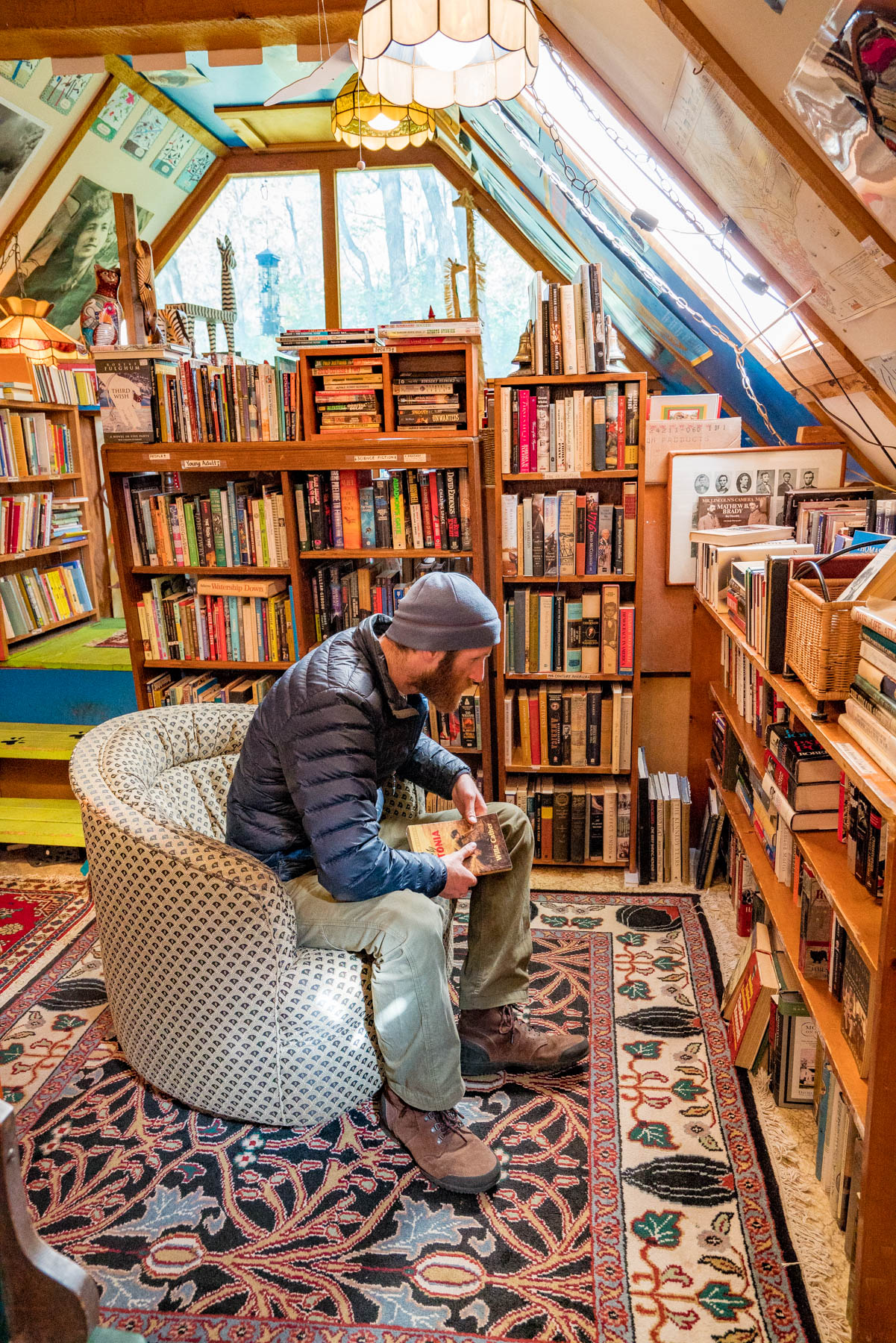 How to Fall in Love in Hillsdale, New York: Rodgers Book Barn 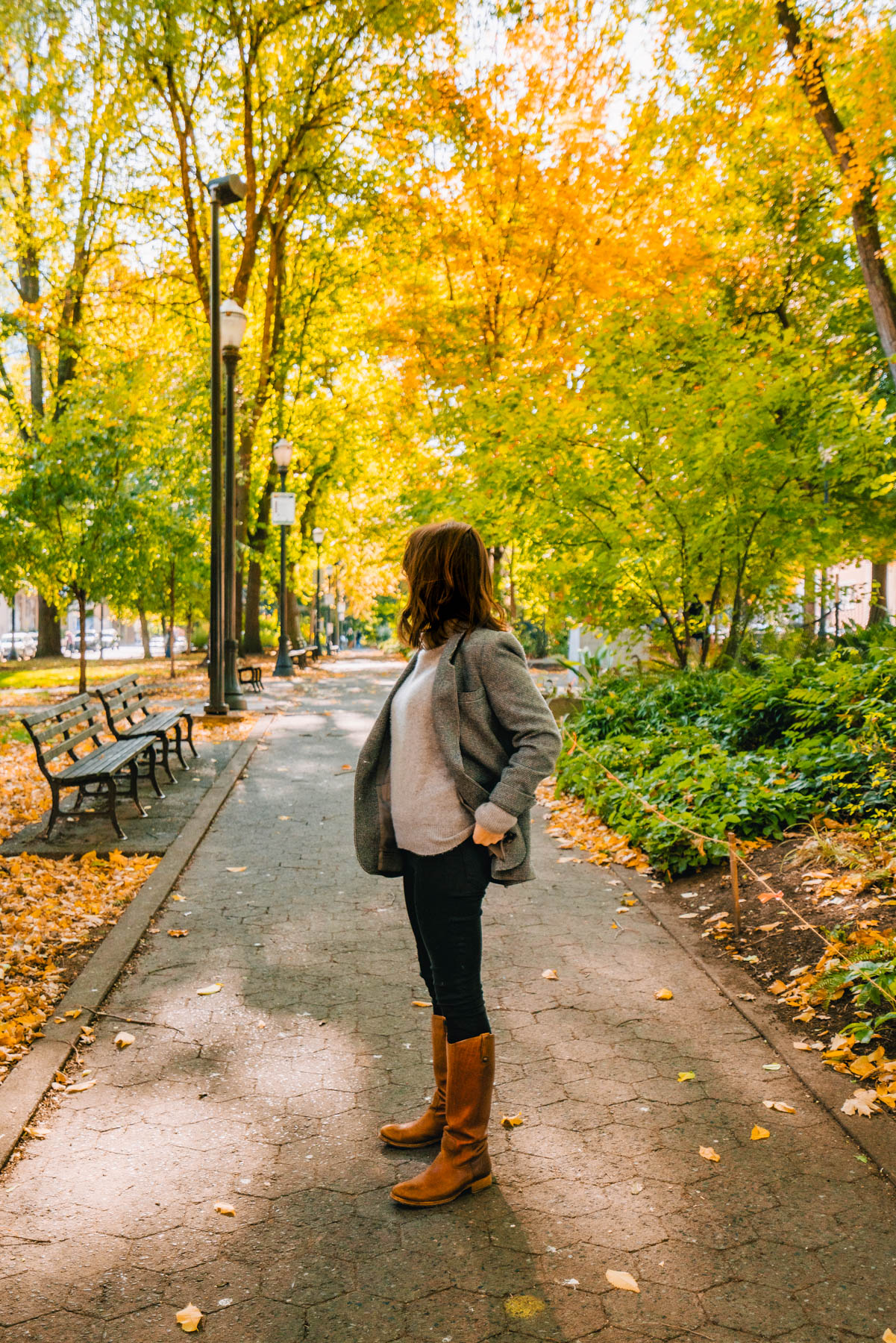