Can you imagine visiting Hawaii without swimming with sea turtles on Maui?

Neither can I because it truly is the experience of a lifetime.

My husband and I have visited Hawaii a handful of times, we’re suckers for the idyllic palm trees, serene coastline and breathtaking sunrises and sunsets.

During our last trip to Hawaii we spent an entire week in search of the best spots for sea turtles on Maui.

We found ourselves completely amazed by the experience and wanted to share some helpful tips with anyone planning a trip to Maui for sea turtles.

Read on for everything you need to know about swimming with sea turtles on Maui, I hope you find this post helpful. Please don’t hesitate to reach out with questions, I’m here to help!

Where to find sea turtles on Maui (Tips)

Do not touch or approach sea turtles

I want to cover the most important thing first — Sea turtles are protected under the Endangered Species Act. It is illegal to touch a sea turtle in Hawaii and there is a $10,000 fine associated with the penalty.

Sea turtles are considered sacred in Hawaii so keep a minimum distance of 10 feet and do not swim close to them if there’s a strong current that could bring you in too close.

Did you know that there’s an optimal time to swim with sea turtles on Maui? Try snorkeling with sea turtles from 11am – 2pm and it will greatly improve your chances of spotting them. In fact, all of our sightings and encounters occurred within that time frame.

Reef-safe sunscreen is a MUST!

Did you know that the active ingredients in traditional sunscreen are toxic to reef systems and marine life? This is the (inexpensive) reef-safe sunscreen we used during our trip and have zero complaints about. In fact, we’ve re-purchased it 3 times.

Flippers are a must

Please note: This post contains affiliate links which means I may earn a commission at no cost to you. Programs like this are the reason I can continue writing free travel content. Thank you for supporting my work.

Yes, I notice the name and no, I have no idea where it comes from. But I can attest to this beach’s ability to attract sea turtles because this is where we found the most of them.

We arrived around 2pm and within minutes of diving into the water, we were swimming with 8 HUGE sea turtles.

In fact, there were so many sea turtles in this area we called it the “Turtle Highway” because the turtles were swimming along the rock formation in either direction – it looked just like a highway!

The water here is chillier than other areas because it’s more like a cove than an open beach. Even with my rash guard, it was too chilly to enjoy for longer than 45 minutes.

I wish I could have lingered longer because this area was full of huge sea turtles. Oh! We also saw an eel in this area.

Black Rock Beach is right by the resort strip at Lahaina, so naturally it is very popular and crowded. It’s amazing to think that such a busy place could still attract sea turtles, but they come around!

There were TONS of people snorkeling and cliff diving in this area and the turtles were completely at ease with the crowds.

The current was particularly strong the day we visited and we had to be careful to avoid turtles when the tide pushed them our way. Gentle reminder to keep a minimum distance of 10 feet.

Snorkeling at Black Rock Beach was so enjoyable we returned three times.

Per a recommendation from a reader, I swung by Ho’okipa Beach Park during my last visit to Maui to see what all the hype was about.

Needless to say, I was completely surprised! The shoreline follows an exposed reef that sea turtles frequent.

We visited in the afternoon and witnessed a handful of sleepy Hawaiian Green Sea Turtles make their way to shore to rest. It was such an incredible experience!

Another thing that surprised us about this great sea turtles beach in Maui is the abundance of windsurfers. Turns out this is a very popular spot for the spot so you’re bound to get some great people watching opportunities here.

As you probably know, an area popular with windsurfers isn’t typically ideal for weaker swimmers. The waves can get intense, so there isn’t a place to practice swimming if you’re not a confident or strong swimmer.

5 Caves is often referred to as 5 Graves. In fact, 5 Graves is the name that shows up in Google Maps. We discovered 5 Caves through a friend that recommended it for sea turtles on Maui. Turns out she was spot on!

As soon as we arrived, we were greeted by a big turtle breaching towards shore for rest. We maintained a respectful and safe distance from the drowsy fella but he felt so close!

The 5 Caves area is incredibly beautiful for snorkeling but it’s better known for diving. It’s often considered one of the best diving spots on Maui, but it’s reserved for skilled divers.

We ran into a diver from Oregon (what a small world) and he mentioned that 5 Caves is his absolute favorite diving spots in the entire world. So, if you are a skilled diver, take note.

Turtle Town is the most popular spot for sea turtles on Maui. I mean, they don’t call this Turtle Town for nothing, right?

Sea turtles love underwater caves and there’s plenty of them at Maluaka Beach due to lava flow.

Local’s consider this the BEST spot for sea turtles on Maui. We visited several times during our five days in Hawaii and saw little turtles bopping their heads out of the water every single time!

Make sure to route your GPS to Maluaka Beach. Restroom and showers available near the parking lot.

I highly recommend visiting Ulua Beach for beginners, especially kids. The water is calm and there’s plenty of sea turtles along the shore.

You’ll improve your chances of seeing sea turtles if you stay near the rocky outcroppings. In fact, you can usually see turtles bopping their heads above the water even from the shore.

This is considered the most popular beaches in Maui for snorkeling with sea turtles on the south side of the island. A free public parking lot is available, but it fills up quickly. You’ll want to come early!

Hanakao’o Park is slightly removed from the touristy Black Rock Beach so it doesn’t get as crowded. This is a great spot for sea turtles and to see migrating whales from January – early March.

We see turtles every time we swim at Hanakao’p beach, especially before noon.

Makena Landing is the place we always see a sea turtles napping along the rocks regardless of when we visit. Seriously! We’ve come here five times and have seen a sea turtle every single time.

Most of the time they are resting ashore, it’s very important to remember that you can’t get close. We use our zoom lens to get closer shots so that we can keep a safe distance between ourselves and the sleepy sea turtles.

If you’d like to see more action, take a dip in the water and you’ll probably see some swimmers in there too!

Once a fully functioning pier, the structure was destroyed in 1992 due to a 30 ft. surf caused by Hurricane Iniki. Since then, the structure has rusted away and its pieces lie along the ocean floor.

Know what else is in the area? A healthy reef filled to the brim with coral and sea turtles!

Mala Pier offers some of the best snorkeling and diving on the west side of Maui.

But there’s only so much relaxing you can do without getting restless! That’s when you jump in the water and find yourself swimming with these gentle giants! We usually see 3-5 large sea turtles when visiting Chang’s Beach.

Prior to our last trip to Maui, we reached out to our friends for tips on swimming with sea turtles. Our friends have lived on Maui for the past 10 years and highly recommended Honokeana Bay.

Imagine our surprise when we dipped in the sea and found an abundance of sea turtles. There were so many! I will admit that the area is very rocky and not necessarily a great spot to relax, but the sea turtles viewing is great.

Note: Parking is tricky in the area because there’s no parking lot. You’ll need to park on street and walk down a small path to reach the beach.

Kapalua Bay is a great spot to snorkel with sea turtles on Maui, which is why this beach is so popular. We usually sea a handful of turtles when we’re swimming here. The coral reef is located right off the shore so you don’t need to swim far.

My husband is a filmmaker and created a short film about our time in Haleakala National Park, hope you enjoy! P.S. The clip at 2:09 is my favorite!!

Learn about the Hawaiian Turtle

Maui is home to five different species of sea turtles. The Hawaiian Green Sea Turtle (Honu in Hawaiian) is by far the most common on Maui.

The second most common is the Hawksbill Sea Turtle, but they are seen much less frequently. The remaining three species tend to hang out in deeper waters, so chances are you won’t come across the Olive Ridley, Leatherback or Loggerhead.

Fun fact: Leatherbacks are the largest living sea turtles and can weigh more than 2,000 pounds! But don’t worry, you thrill seeker, you. The green sea turtle is quite large as well – see below.

Turtles eat algae (referred to as “limu” in Hawaiian)

Where to snorkel with Maui Sea Turtles (Post Summary)

In sum, here’s the best spots to find sea turtles on Maui:

I hope you enjoy your time snorkeling with sea turtles on Maui! 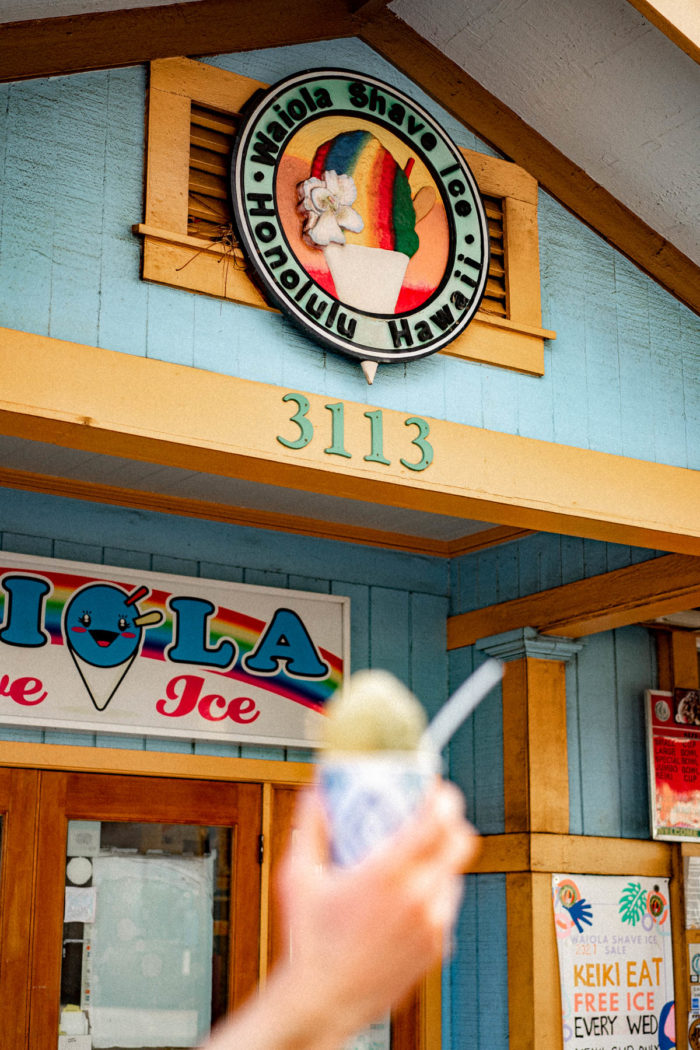 10 EPIC Spots to Get Shave Ice on O’ahu 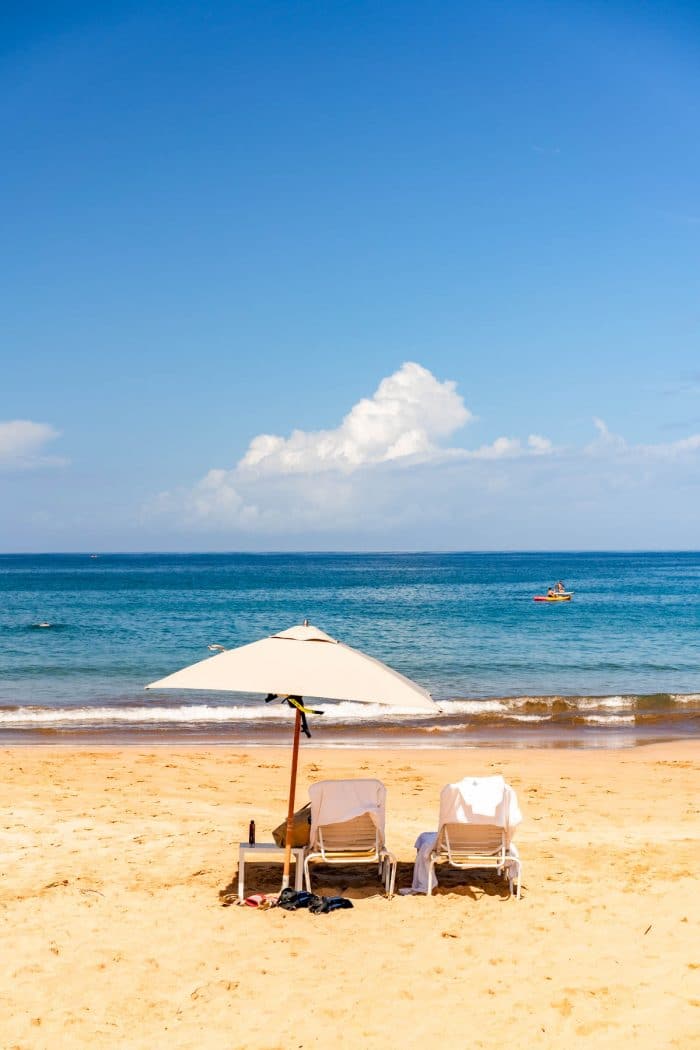 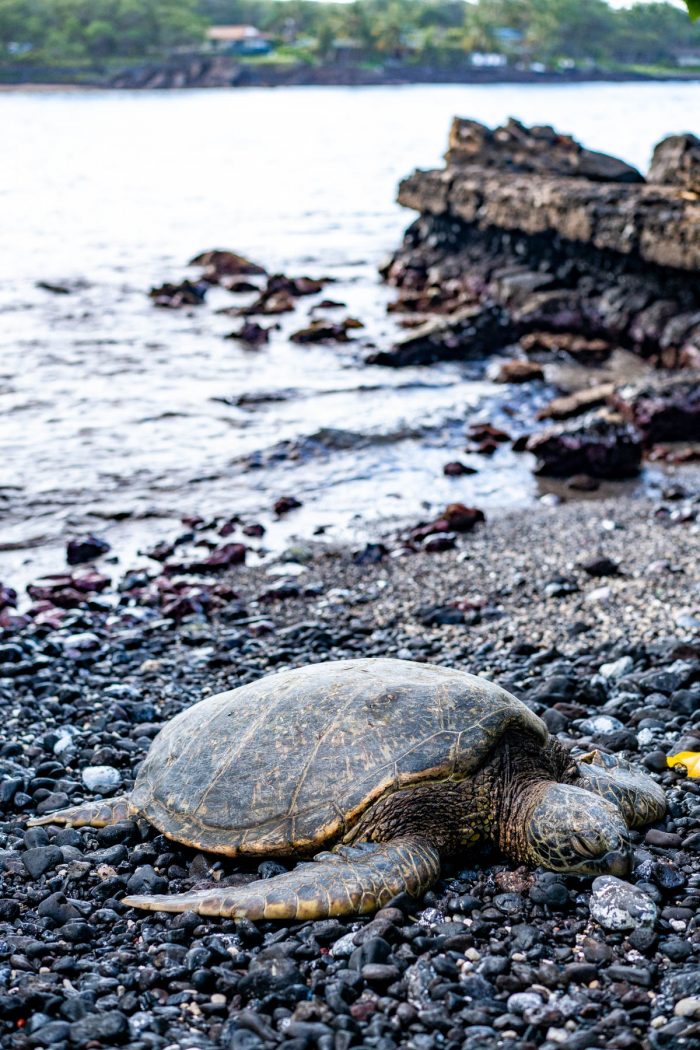 The 10 Best Spots to Find Sea Turtles on Oahu 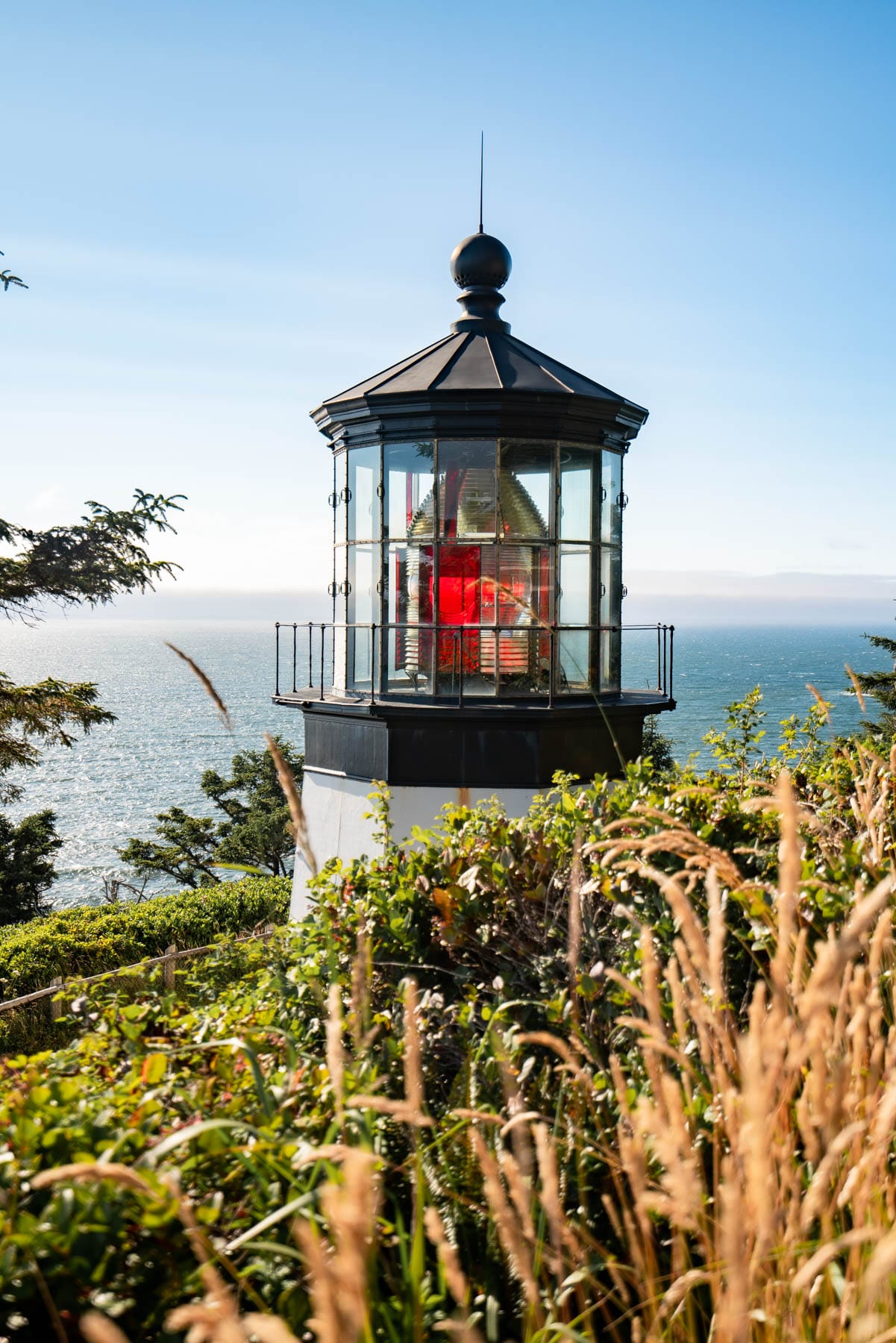