Are you thinking about moving to Atlanta? My husband lived in Atlanta for 20+ years and wanted to provide a comprehensive list of the honest pros and cons of living in Atlanta, Georgia.

Atlanta is known as the city that rose from the ashes (which is why Atlanta’s symbol is the phoenix) because it’s the only North American city destroyed in a war. The city was completely burned to the ground in 1864 by General Sherman (naughty fella, no?) and only 400 buildings survived the fire.

Not one to stay down, Atlanta promptly rebuilt itself and in many ways is still doing that to this very day.

Slowly but surely, Atlanta is attracting folks from all over the country thanks to the mild winters and affordable housing. The city is adapting to this new influx of residents (especially millennials) by catering to their whims with exciting city-wide projects and public spaces.

But look at me getting ahead of myself already!

Read on to learn about the honest pros and cons of living in Atlanta from a local’s perspective. Hopefully the list below answers some of your questions, if not, please don’t hesitate to reach out. I’d love to help!

As you read this, keep in mind that these pros and cons are based on his personal experience, not everyone feels the same way. With that said, let’s jump right in!

Pros of Living in Atlanta

The warmth of the people is hands down, my favorite thing about living in Atlanta, Georgia. Southern hospitality is a real thing and you can count on being greeted with a friendly hello and nod most anywhere you go.

Despite having half a million residents, Atlantians have a way of making you feel welcome wherever you go. There’s an enthusiastic city pride in Atlanta and locals love telling you how great the city is, making it easy to strike up positive conversations with locals.

Making friends in Atlanta has proven easier than making friends in other cities we’ve lived in (especially Portland, Oregon). If you’re open to striking up conversations and coming out of your comfort zone, you will find that Atlanta is a very friendly city.

#2. Atlanta is a great millennial city

Millennials make up 25% of Atlanta’s population and since the number is rising, business are catching on. It’s no coincidence that the Ponce City Market was received with such great enthusiasm! And since millennials prefer to shop local and support small businesses, as opposed to shopping at large chains, Atlanta has seen an increase in small shops as well.

In the past ten years, Atlanta has truly transformed into a city that caters to millennials and every time I visit my hometown, I find myself impressed by all the new cool shops and interesting restaurants!

Another big pro of living in Atlanta is the incredible new project currently under construction (but still usable) called the BeltLine.

What is the BeltLine? It’s an expansive network of multi-use trails that unites various in-town neighborhoods.

Similar to the HighLine in New York City, Atlanta’s BeltLine is repurposing 22 miles of unused railroad tracks that encircle the city’s core in-town neighborhoods into walking, hiking and biking trails and green spaces. Yet another ode to the city determine to rise from the ashes into a better future!

Locals take great pride in the BeltLine and it’s not uncommon for folks to suggest walking portions of it with friends as a way to pass the time during the weekends.

Few folks know that Atlanta has recently been called one of the best food cities in the country due to the food diversity, quality and accessibility pleasing both visitors and locals alike.

Don’t make the mistake of assuming you’ll only find southern comfort food while living in Atlanta! Atlanta’s food scene has diversified over the years and you’ll be able to find a plethora of other cultural cuisines as well. There’s plenty of farmer’s markets, restaurants and bars to choose from while living in Atlanta and one thing is certain — you’ll never go hungry.

#5. The cost of living is reasonable

Compared to other large metropolitan regions, the cost of living is very reasonable in Atlanta. The median price of a home is $325,000 (a 10% increase from last year). A 10% increase in housing value may seem like a lot, but other metro regions are experiencing greater housing value surges and Atlanta is nowhere near the top of most expensive cities in America.

If you plan to rent while living in Atlanta, a one-bedroom apartment averages about $1,600 per month.

One of the biggest reasons I would consider moving to Atlanta again is that the winters are mild and there isn’t much in the way of harsh winters or dreadful snowstorms. In fact, Atlanta rarely gets snow! Which is a pro of living in Atlanta that I took for granted before moving out west.

Another great perk of living in Atlanta is that the city is the rich diversity found within city limits. With approximately 51% of the population identifying as black, Atlanta is home to the second largest majority black metro area in the country.

What’s more, Atlanta is also home to one of the 19th largest LGBTQ+ populations per capita in the country (approximately 4.2% of Atlanta’s population identifies as gay, lesbian or bisexual). In fact, Atlanta is considered the second best gay-friendly city in the US!

It’s great to live in a city where diversity isn’t lacking!

Access to one of the largest airports in the world is definitely a big advantage of living in Atlanta! Employing 63,000 people, the Hartsfield-Jackson International Airport transfers 107 million passengers a year! It consistently ranks as the busiest airport in the world!

All this to say, having such an efficient airport in your hometown means you’ll always get where you need to go. The airport is great and I’ve always found flying out (and in) to Atlanta a breeze!

If you’re moving to Atlanta with the hope of find a job, you’re in luck. With 16 Fortune 500 companies within city limits, Atlanta has one of the highest concentrations of Fortune 500 companies in the country. Large employers include hospitals, universities and infrastructure, there’s ample career opportunities to be had if you’re living in Atlanta.

If you’re moving to Atlanta because of work, I highly suggest hiring movers in Atlanta to make the transition easier.

Cons of Living in Atlanta

Make no mistake, you will absolutely need to have a car for daily life in Atlanta and should be taken into account if you plan to move to Atlanta. The lack of public transportation is striking. I mean sure, there’s MARTA, but avoiding it is considered sport because it’s inefficient and feels unsafe.

You’ll need a car while living in Atlanta, without a doubt, so make sure it’s accounted for in your budget because — as you know — the gas, car insurance and maintenance adds up quickly. At least Georgia doesn’t have the most expensive gas in the country (looking at you, California)!

#11. The summer heat and humidity

Atlanta’s summer weather is notorious for being hot and muggy. Temperatures average 88-90°F from June – August but it’s the sneaky humidity that gets you! So you’ll definitely need this bad boy while living in Atlanta, make no mistake about it!

I will say though, the hot summers are nothing in the grand scheme of things because the temperatures are mild and pleasant most of the year, so it’s hard to complain about a few hot months!

P.S. Allergies are rampant during the hot and muggy summer months and bugs making it nearly impossible to enjoy the outdoors for long periods of time. Prepare for that!

This might be nit-picky on my end but I really dislike that Atlanta has three downtown cores (Buckhead, Midtown and Downtown). Couple the urban sprawl with never ending traffic and you have a recipe for hours spent in a car – which is definitely not my idea of a good time!

#13. Atlanta’s traffic is some of the worst in the country

The one piece of advice I often give friends thinking about moving to Atlanta is to live within the city limits or choose a neighborhood close to work because traffic will take up too much time otherwise. It feels like the traffic never lets up!

Give yourself plenty of time to get from Point A to Point B because the constant traffic (which is not just confined to weekdays) is one of the biggest cons of living in Atlanta. Atlanta consistently ranks as one of the worst cities in the country for traffic.

Believe it or not, but Atlanta is considered the 4th worst city in the country for bugs. We’re talking ticks, mosquitos, cockroaches, fleas, etc. The sheer quantity of bugs is a major drawback of living in Atlanta because you can’t enjoy the outdoors too long during the summer months without getting savaged.

In fact, I didn’t realize that folks in other parts of the country could keep windows open without screens! If you’re moving to Atlanta you can say goodbye to that — there’s a reason screened in porches practically come standard with most homes.

#15. Lack of variety in outdoor recreation

Some locals will tell you that Atlanta has ample outdoor recreations opportunities, but after 20+ years of living in Atlanta I can tell you that we’re lacking in the outdoor arena.

Don’t get me wrong, there’s a lot of beautiful places nearby like Stone Mountain, the Chattahoochee River and a handful of healthy forests — but by and large, Atlanta’s landscape is rather flat and gets somewhat boring after a while.

I’ll probably get some flack for sharing my unpopular opinion, but I want to be honest with you here. Lack of outdoor recreation and natural scenery was a con of living in Atlanta for me personally, and it wasn’t until I moved out west that I realized just how nutty folks get for outdoor activities!

Don’t hate the messenger — If you are looking for some outdoor recreation in Atlanta, you may find this article helpful.

In sum, these are the HONEST pros & cons of living in Atlanta Georgia 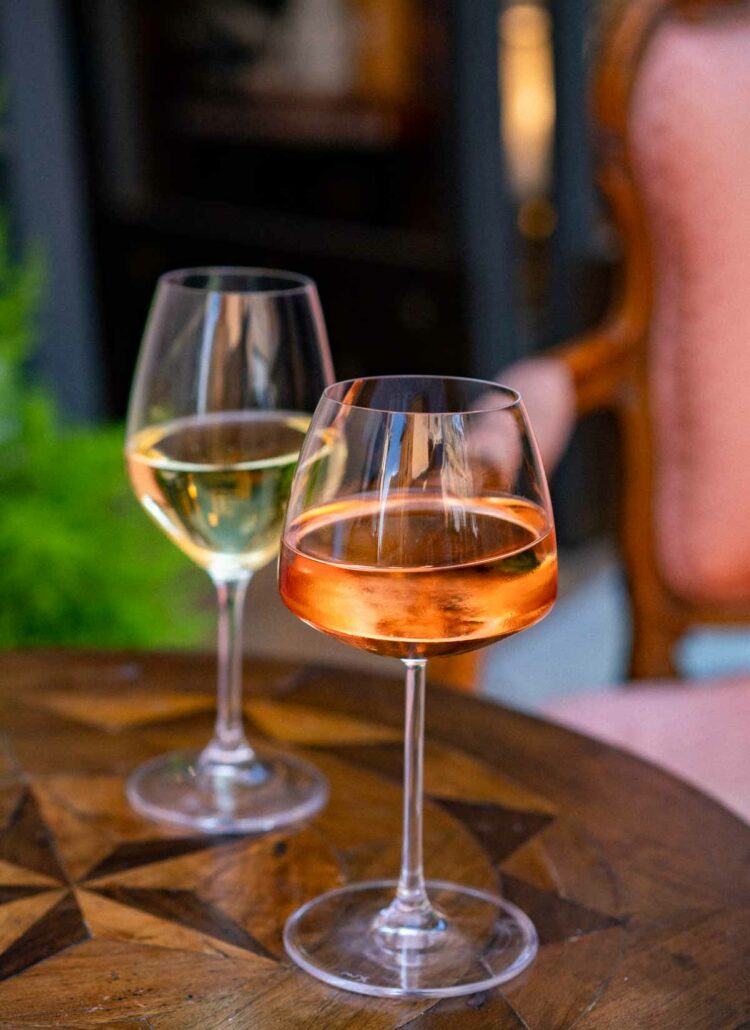 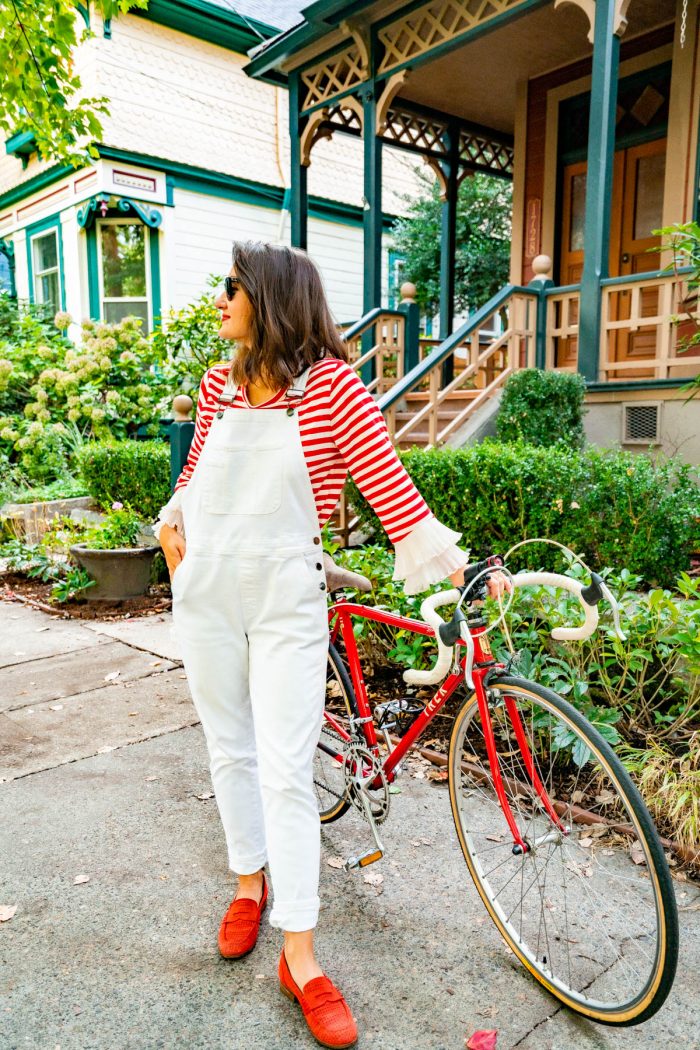