As a Portland local I was having a hard time finding quotes about the City of Roses, so I decided to do a proper roundup of the best quotes about Portland, Oregon.

Portland is a place where everyone closes their eyes and crosses their fingers and hopes for a better community. They keep it small and local, and usually they think if they just make great coffee, it’s the best thing for the neighborhood.

Portland has all the accoutrements of a big city, but the heart and soul of it is a small town, so that creates an intimacy in a large environment.

I feel like there’s a true spirit of individuality in Portland that’s inherent to the place.

Portland is utopia. My favorite thing would be it’s earnestness. I am earnest, too.

No matter what time of year I come here [to Portland], people always say the same thing: ‘It’s not usually like this.

Portland in particular is a cheap enough place to live that you can still develop your passion – painting, writing, music. People seem less status-conscious. Even wealthy people buy second-hand clothes and look a little bit homeless.

“Portland is where young people go to retire.” Fred Armisen

I didn’t mean to live in Portland. It was kind of an accident – I mean, the equivalent of my car breaking down there and me being like, ‘Well… I guess this is what I’m doing. I just can’t find a better alternate.

I live in Portland now. It’s beautiful from day one. The Food and the beer, and no sales tax. Get your iPad while you’re here.

Portland is quickly becoming one of those lovely, lush Third World countries where kinda-rich people retire with their money. Here, they can live like kings, generating only service-industry jobs and jacking up housing prices.

Portland and Oregon draw a certain kind of person to it. The city has extraordinarily talented people and sometimes it takes an outsider to see that.

The fact that people go to Portland to visit a tiny feminist bookstore-no matter what the impetus is for them getting there-the fact that they go in there and look around and shop for books or stationery or whatever, is a major source of pride for me

Portland, Oregon won’t build a mile of road without a mile of bike path. You can commute there, even with that weather, all the time.

There’s something really easy and just somehow un-crowded about the Portland airport. Every time I go there I’m like, ‘Why is this so easy and sweet?

Sometimes in L.A., we get accused of being superficial. I feel like Portland’s the opposite, in that there’s a greater depth of character, and sense of self.

I think there are really great movements happening in Portland. It’s nice being in a place that supports itself and stands on its own.

When I first started going to Portland, people told me about Stumptown. They were like ‘Oh, it’s the best coffee,’and I thought, ‘How good could it really be?’ I’m like, ‘Sure, great, uh… I’d love to see it.’ But then when I went, it truly, I am not kidding, is the best coffee I have ever had.”

I think perfect dates involve walking a lot, and not a bunch of driving around in cars. Ideally, you can walk together and go to a restaurant, and then walk from there to another nice place – this is, I guess, because of really great dates that I’ve had with my wife here in Portland.

Portland is where all the fringe groups went to escape. Where the outliers brought that DIY, punk rock attitude and made the city their own.

I don’t think I would live outside of the Northwest. I think the quality of life in Portland is really good. People move from intense, high-powered jobs, and move to Portland, work half as much and live twice as good.

I wanted to go to Portland because it’s a really good book town.

There’s something that I can’t describe about the city [Portland] that I really love – just physically – how it feels to walk around there, and have coffee there. Also, the way that it’s a little overcast sometimes. Something about Portland just really resonated with me.

When I’m in Portland, I meet people who are hairdressers, they have a wonderful life, they go on hikes and do loads of things. Their career is just the thing they do to pay the bills. They enjoy it, but it’s not this huge, continuous journey of trying to make it. And I’m attracted to that lifestyle, of just having a nice life.

Portland is the perfect weekend getaway. I studied acting in Portland and lived there for five years. It’s a small city with so much to do. There’s beautiful scenery, a great bar scene, and so many fabulous restaurants.

We want you to visit our State of Excitement often. Come again and again. But for heaven’s sake, don’t move here to live. Or if you do have to move in to live, don’t tell any of your neighbors where you are going. 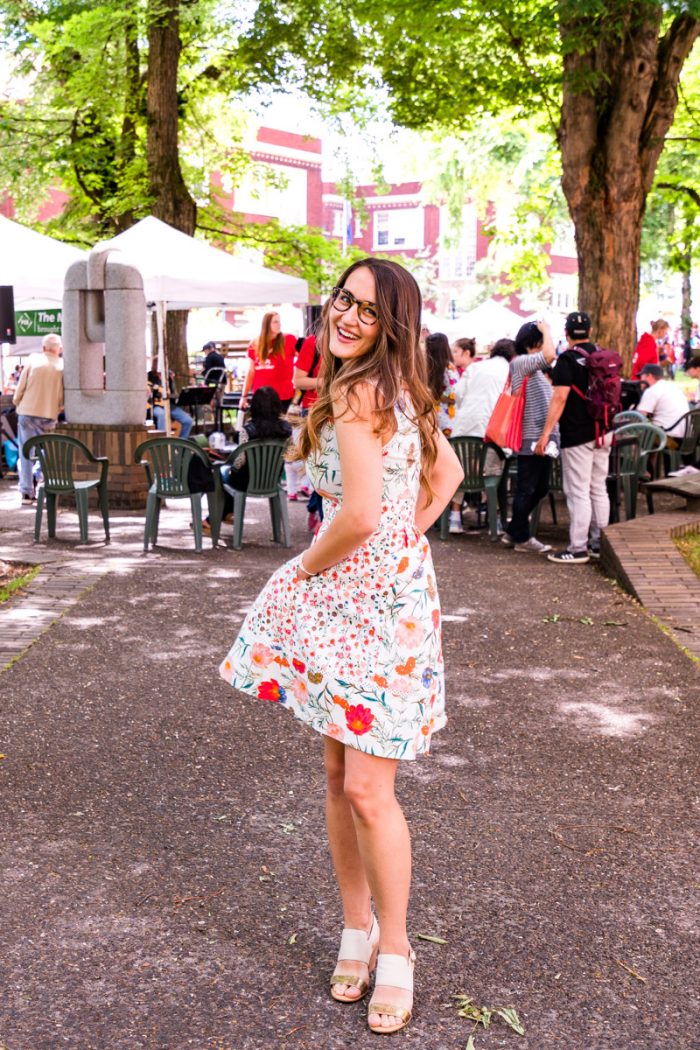 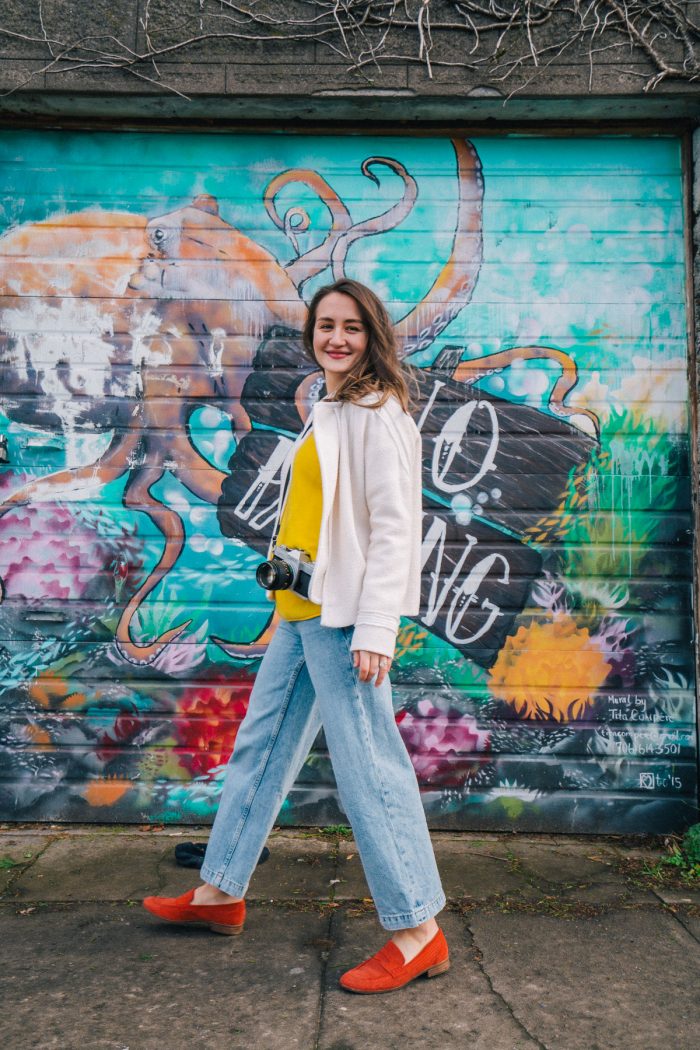 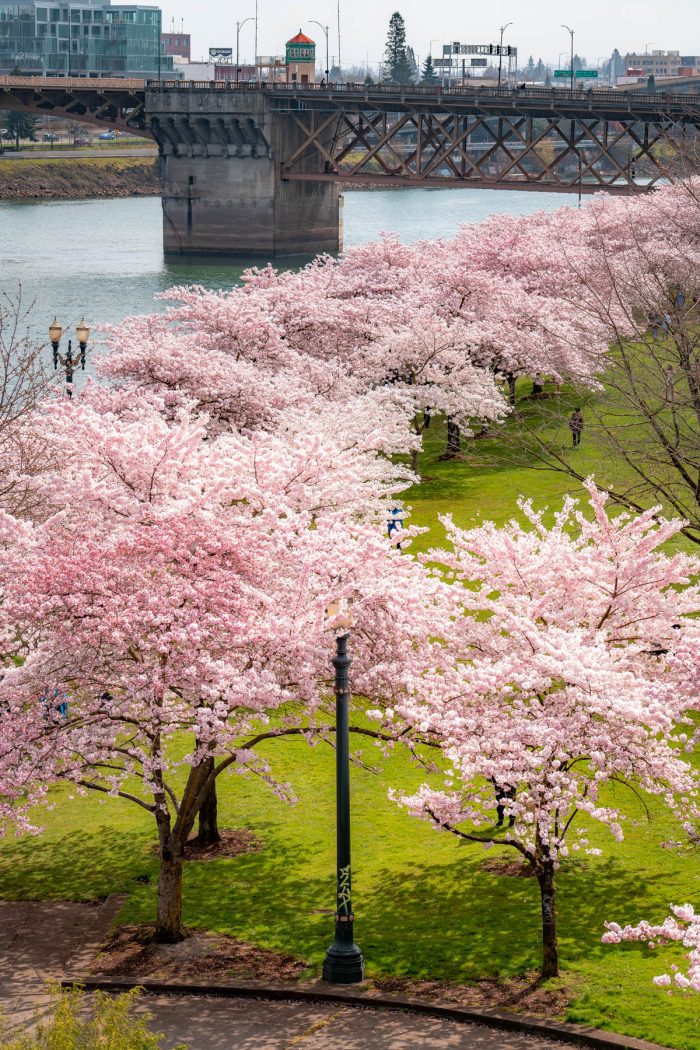 The Portland Cherry Blossom Tracker – What to Expect 2021 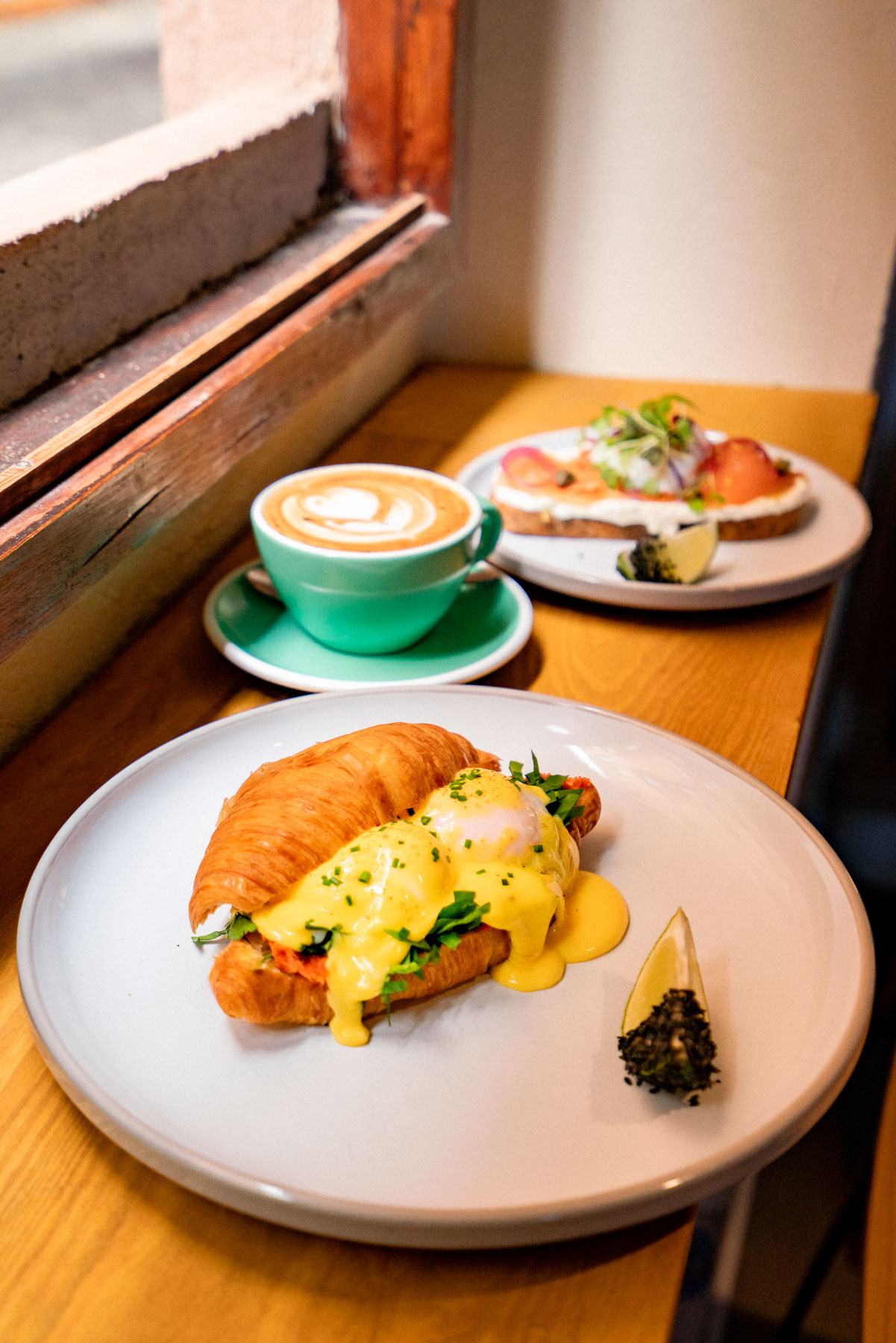